As someone who loves art, the idea of artificial intelligence replacing artists makes me uneasy. I can’t help but wonder what that would mean for the world of art. How might things change if AI could create pieces that are just as good or better than those made by humans?

Well, many experts believe AI art is nothing more than a tool that artists can use to create their work by making good use of machine intelligence. It is not a replacement for human artists but to extend human abilities and creativity. As AI continues to evolve, it is likely that we will see more and more AI-created artworks. And while some of these works may be indistinguishable from those created by humans, they will always lack the human touch that is so essential to art. However, AI art does have the potential to redefine what it means to be an artist in the 21st century.

In recent years, there has been a lot of hype around the idea of artificial intelligence (AI) creating works of art. And as a result, lots of ai art generator apps are created. But what is AI art, and will it replace human artists? We’ll dig deeper into this topic next.

What is artificial intelligence (AI) art?

It was a hit that recently, Jason Allen’s artwork “Théâtre D’opéra Spatial” won the first-place blue ribbon in the competition when he revealed that this was ai-generated art. He used a powerful ai art generator app that can generate realistic images at a user’s command, Midjourney, to create the large part.

AI-generated art is digital art created by algorithms or computers rather than by humans. The term “AI art” encompasses various subcategories, including but not limited to generative art, computational art, robotic art, evolutionary art, and cyborg art.

Some people believe AI art is not really “art” because it doesn’t involve a human creator. However, this argument could be made against any number of traditional works of art that were created with the help of machines or tools, such as paintings that were created with the help of a computer-aided design (CAD) program and human creativity. Allen’s piece offers a clear example of how rapidly AI-generated art has advanced.

Indeed, AI’s job is similar to what we do — look at images and then create art that mimic those created by humans making use of machine learning.

In addition, some people believe that AI-created works are inferior to those created by humans because they lack a soul or emotional connection. However, this argument could also be made against any number of traditional artworks created solely for commercial purposes (e.g., product design, advertising).

How does AI art compare to traditional art forms?

On the one hand, AI art has the potential to be more realistic and lifelike than traditional art forms. This is because AI can draw on a vast library of images and data to create its works of art. For example, an AI artist could create a painting based on thousands of photographs of different landscapes. As a result, the final product might be more realistic and detailed than a traditional painting based on a single photo or memory.

Overall, it is difficult to say which type of art is better—AI or traditional. Each has its own advantages and disadvantages. What matters most is what you, the viewer, prefer. If you prefer lifelike images with lots of detail, then you might prefer AI artworks. But if you prefer artwork with more emotion and meaning, then you might prefer traditional artwork. Either way, both types of artwork can be enjoyed for their own unique qualities.

Are there ethical concerns about using AI in the art world?

Are you worried that AI will replace humans? AI-generated art has been criticized as automated plagiarism because it relies on millions of ingested art pieces. It has also fueled deeper fears: of decimating people’s creative work, blurring the boundaries of reality, or smothering human art.

The main ethical concern with AI-created art is that it takes the creative expression away from the artist. In traditional art forms, the artist has complete control over their work. They decide what medium to use, what colors to incorporate, and what message they want to convey. With AI-created art, however, much of the creative decision-making is taken out of the artist’s hands. The artist must rely on an algorithm to produce their work, which removes the personal touch often associated with art.

Another ethical concern is that AI-created art could lead to plagiarism. Since algorithms are designed to learn from existing data, there is a risk that they will simply copy existing works of art rather than create something original. This would be dishonest and harmful to the artist’s livelihood. After all, if someone can simply copy an artwork using an algorithm, purchasing the original piece would be no need.

Overall, several ethical concerns come with using AI in the art world. Namely, it takes away from the artist’s creative expression and could lead to plagiarism. However, these concerns should not dissuade us from using AI in artwork altogether. Instead, we should be aware of these concerns and take steps to mitigate them. For example, we could develop algorithms that require a certain amount of input from the artist before generating a final product. Or we could create a database of original works of art that algorithms must reference when creating new pieces. By taking these precautions, we can ensure that AI-created art remains ethically sound.

So you will ask me this question again — Will AI art replace humans? My dear friend, no, AI art is not a replacement for human artists as well as human intelligence. Instead, it is a tool artists can use to create art of various forms. Just as CAD programs have become an essential tool for many artists and designers, so will AI become a vital tool for those who wish to create digital artwork. Suhail has made use of AI to create a children ‘s book where DALL-E did all the imagery, and GPT-3 wrote the story based on data from *good* children’s books. It’s crazy that this book has already sold hundreds of copies on Amazon now. Maybe it’s a new way to make money using AI for many writers.

However, AI does have the potential to redefine what it means to be an artist in the 21st century. As AI becomes more sophisticated and its ability to create realistic and emotionally compelling artwork increases, the question of whether or not AI can be considered an artist in its own right will become increasingly difficult to answer.

What is the future of human-AI collaboration?

You can use AI art as inspiration for your own work. You can also create your own AI art and use it to inspire new work. In addition, you can learn about the history of AI art and how humanity has responded to this new medium throughout history. Some artists have taken it even further.

David O’Reilly took this even further, who created an animated children’s cartoon called “Bartak” entirely using AI tools. Look at the following images generated by AI for his fairy tale book. It’s so amazing that AI could do it so nicely！

In this sense, AI will not replace human artists but instead allow them to focus more on other aspects of the creative process. In this way, it’s possible that AI could even help humans create more art than they otherwise would have been able to make: if only because it allows them to spend less time on making the art itself and more on thinking about what it means in the context of their culture.”

The use of AI in the arts is still relatively new. However, it’s possible that the technology could be used to help artists create more art than they would have been able to make without it. If AI can help human workers focus less on making their work and more on thinking about what it means in the context of their culture, then it can serve as a powerful tool for creativity.

AI art has the potential to both impact and inspires future generations of artists and gallery-goers alike. Artists can use AI to create new works, and AI can help them learn new techniques. Artists can also find a new audience through the use of AI, which may be something they never considered before. AI will allow artists to make money from their work in ways that were previously impossible or impractical. Finally, there is always room for innovation in any creative field; we’ve already seen how AI has inspired some artists to create new types of art forms (such as generative music).

In short, AI art is an exciting new frontier for artists to explore, but it’s not a replacement for human-created artwork. As ai technology becomes more sophisticated, and its ability to create realistic and emotionally compelling artwork increases, the question of whether or not AI can be considered an artist in its own right will become increasingly difficult to answer.

For now, we can confidently say that AI-created artwork is not a replacement for human-created artwork but rather an exciting new frontier for artists to explore. In the future, it may be possible for AI to help humans create more art than they could have made without it, which would lead to a new art generation. If AI can help artists focus less on making their work and more on thinking about what it means in the context of their culture, it can serve as a powerful tool for creativity. 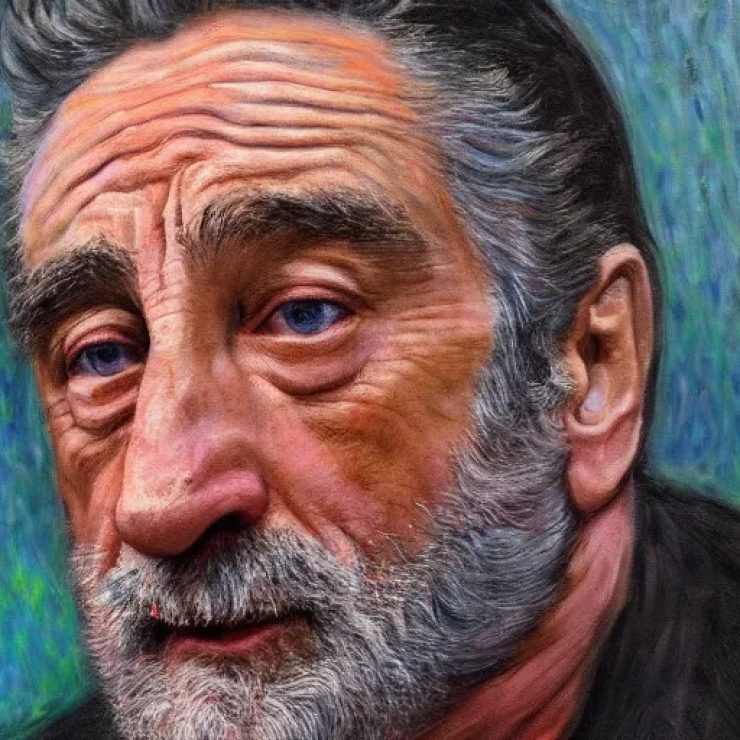 How to Create Perfect and Original Images for SEO with ImgCreator.ai 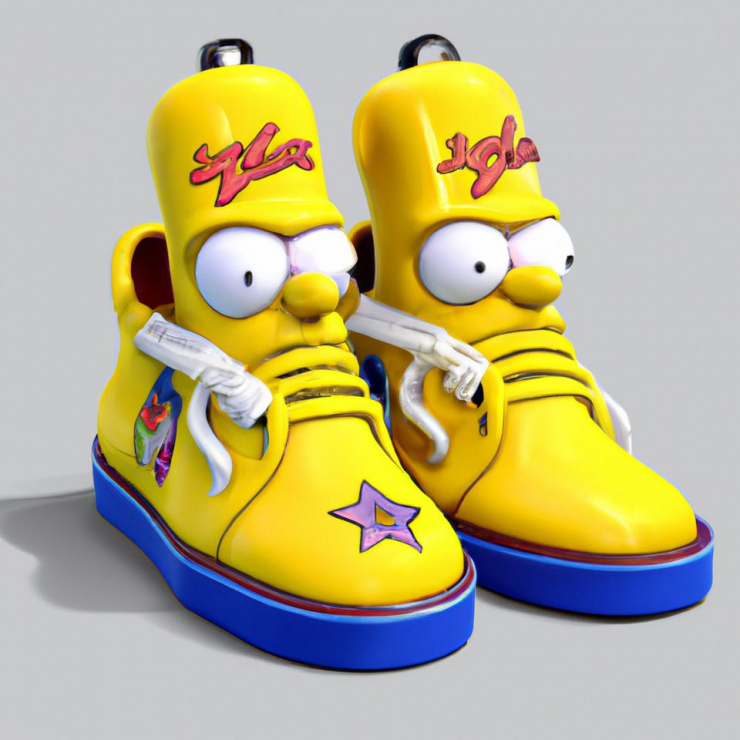 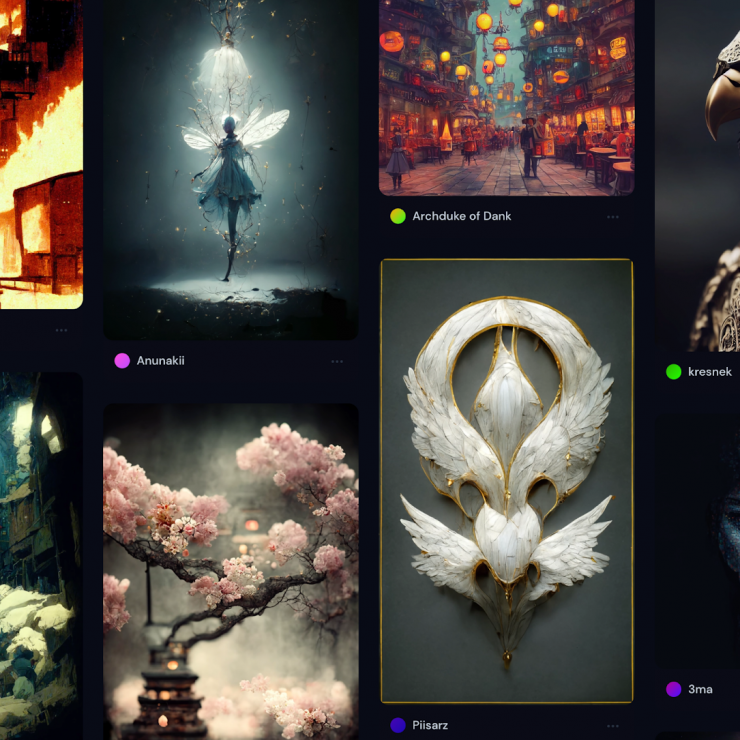